Craig unites for good cause – Jerseys for Jackson 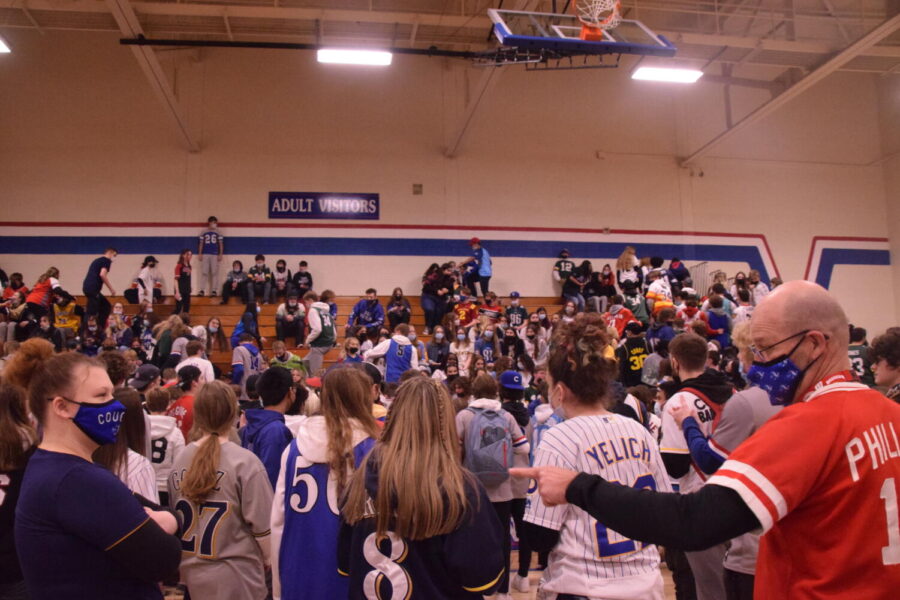 On Friday, Dec. 3, Craig’s students and staff joined people across Wisconsin to wear sports jerseys to honor Jackson Sparks. The 8-year-old sports fan passed away after being injured at the Waukesha Christmas Parade car attack.

On Nov. 21, a man recklessly drove his car into a parade in Waukesha, killing 6 and injuring more than 60 others.

The suspect has been arrested, but no motive has been identified.

Jackson Sparks, the only child to have died in the attack, was an avid baseball fan and player. He played on the Waukesha Blazers, a local baseball team, and was described by Jeff Rogers, the president of the Blazers, as “a sweet, talented boy who was a joy to coach.”

Sparks’ parents requested that people wear baseball jerseys to his funeral, which was held on December 2.

A social media campaign spread to wear sports jerseys in his honor on December 3 across the state.

On Friday, Dec. 3, Craig’s students and staff gathered in the gym during 7th hour to pose for a group picture to show their support.

Craig’s baseball and softball team also raised over $1300 from students and staff.

The money will be donated to a general fund to aid victims and their families.