Get to know the Craig Cheerleaders 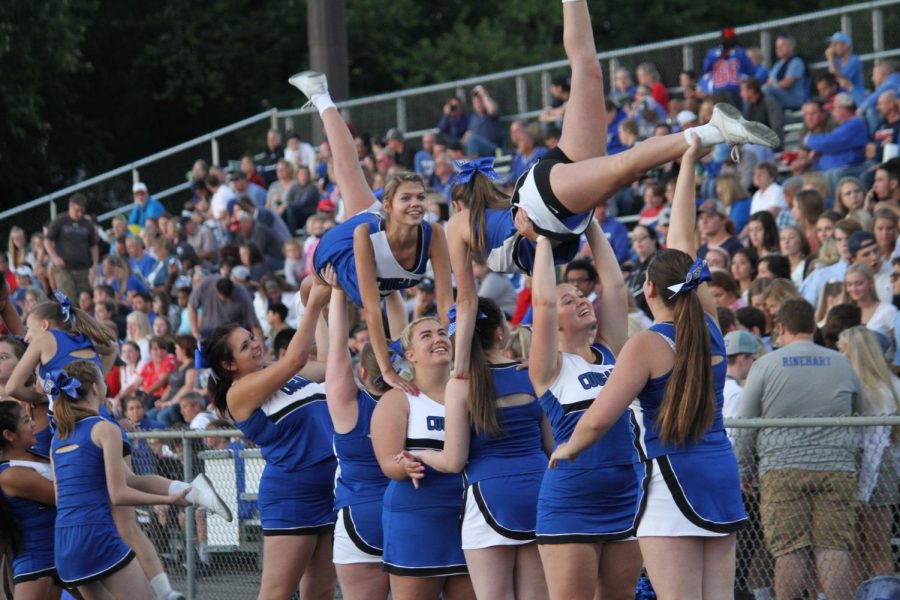 When students think of the cheer team at Craig, usually, they picture them revving the crowd up at sporting events or being involved in Craig’s lively parades, but the Craig cheerleaders do much more than we know.

In the beginning of the season, Craig’s cheer squad holds fundraisers to raise money for their bows, socks, and supplies to make banners and posters to support Craig sports and athletes. Their goal is to limit costs for each cheerleader and spread school spirit. The team looks to recruit people with great attitudes who are willing to learn.

“We welcome foreign exchange without trying out. We have special needs students cheer with us and act actively as our mascot,” said cheer coach ReJeane Lehron. Lehron also encourages students to come back and try out again if they did not make it on the team.

Every year, the cheer team collaborates with WACPC (Wisconsin Association of Cheer and Poms) and attend a Wisconsin-only competition (that is not endorsed by WIAA because cheer is not considered a sport in Wisconsin). Also, because they belong to WACPC, the cheerleaders have the opportunity to win a scholarship of $20,000 every year, and even a few students from Craig cheer have won this opportunity as well as a few that have won all-state honors. Belonging to WACPC allows the team to go to the state cheer competition and even attend the fall cheer conference in the Wisconsin Dells.

The cheer routines used at games have been used for years, but are modified to keep it interesting and help the athletes to progress as a team. The cheer group goes to camps for a few days over the summer and learn new dances that they use here at Craig.

Ever since Craig has became a school, cheerleaders have been trying to help around the school, helping to raise money, and just being a big aspect of supporting Craig and thanks to coach ReJeanne of 8 years, has been making that happen.